I must be feeling slightly guilty about slagging off full-frame the other day because I keep thinking about it. A image-quality comparison of cameras I'd like to see would be between the Fuji X100 V and the Sony RX1R II. The two are broadly similar in that they're both unusually compact, more-or-less-pocketable cameras with fixed 35mm angle-of-view-equivalent lenses…the Fuji's a 23mm ƒ/2 and the Sony's a 35mm ƒ/2. The difference is that one is a 26.1-megapixel APS-C sensor and the other is a 42.4-megapixel full-frame sensor. The Sony has both more pixels and a larger pixel-pitch. 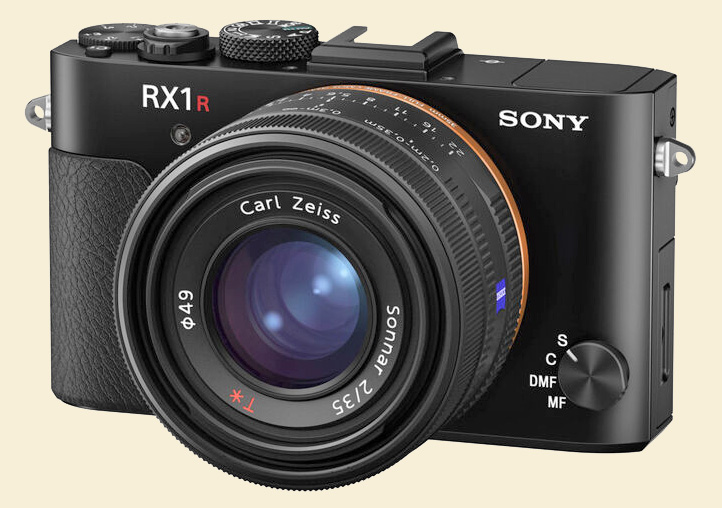 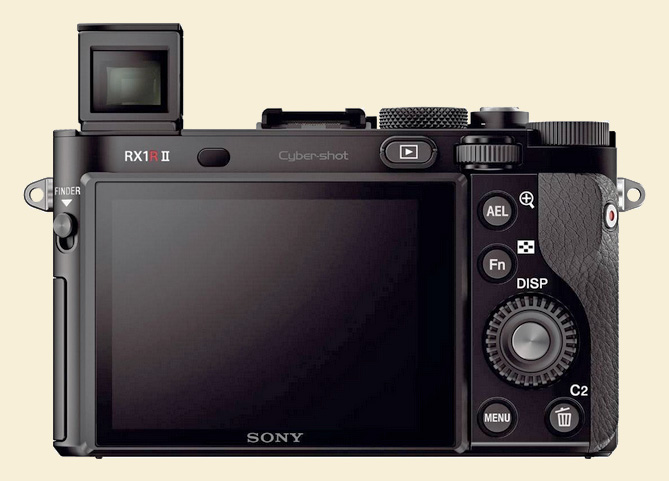 Here's the size difference. You might be surprised that the Fuji is "larger," but that's from the front view—toggle to the top-plate view before you decide on that. They're both about the same weight…close enough that you'd have trouble judging which one is heavier with one in each hand.

If you were offered one or the other as a gift (i.e., no cost to you, but can't resell it!), which would you choose?

Me, I'd like to see that comparison first. I know this is unlikely, but does anyone happen to own both?

UPDATE Friday night: I added this picture of the Sony with its popup EVF extended to answer all the commenters who said the Rx1R II doesn't have a viewfinder! It does. It replaced the flash in the Mark II revision. You can see the sliding button for deployment on the left-hand edge. You can also set the finder to be an on-off control for the camera.

SteveAitch: "Re 'If you were offered one or the other as a gift (i.e., no cost to you, but can't resell it!), which would you choose?' Neither. Not interested in a fixed focal length fixed lens camera. Especially as the focal length is not one I am a great fan of. Plus my mum warned me about strange men offering gifts….  😉  "

Mike replies: I am not strange! Different. That word you are searching for is "different."  😀

Jayanand Govindaraj: "I still have A Fuji X100S, it has served me well for years, continues to do so, and I have been extremely satisfied with what it delivers. Why on Earth should I want anything else? After it collapses in a pile of dust, I will replace it with something available at that point of time!"

Yoshi Carroll: "I have owned the Fuji and I seriously considered and played with the Sony. On the internet the Sony won easily, but in my hand it felt awful. Too small and cramped and finicky. It made me unhappy to hold it."

Robin Campbell: "Easy! For me at least. The Sony. I own the RX1 and the images I get from this little camera are simply outstanding! Plus, I prefer Sony's color profiles over Fuji's. I sold my Fuji X-T1 for this very reason."

Kenneth Tanaka: "I own both. I cannot provide a 1:1 comparison right now. But I'm not confident that it would be meaningful, certainly not at JPEG website quality anyway.

"Technically the Sony RX1R-II will produce a larger and 'better' image file for some types of photography and some subjects. The sensor is the same as the A7RII so…duh. It's also more than twice the price of the Fuji!

"But honestly, from a practical and enjoyability view the X100V will win more hearts. It's lighter, its focus and overall operation is much snappier, it has touch-screen focus point management, it has that lovely unique reverse-Galilean-style optical viewfinder (that the internet ignorantly calls a 'rangefinder'), and it's much easier to slide into a coat pocket / bag and deploy quickly. It's just much more lovable. And its images are almost identical to those of the Fujifilm X-T2 and X-T2, arguably some of the best APS-C files ever.

"The Sony RX1R-II is perhaps the better choice for a slower, studied photographer needing the biggest, best image file of static subjects. (Landscapers and crime sceners?) 'Cuz ya ain't gonna do anything quickly with that camera!

"In my broader view, however, these cameras are both a bit out of date, but especially the Sony. For three grand you can get an equally good image file from an ILC-style camera with small, high-quality prime lens. And you get more versatility."

Scott K: "I am expectantly waiting and hoping that Sony will release a new RX1R Mark III soon. I rented the RX1R II last year and thought it was fantastic—but its autofocus and viewfinder are quite dated. If they updated it with one of the current ~3- or ~5-MP viewfinders and their real-time tracking AF system (and a better battery) I don’t know how I could convince myself not to get one. So, on second thought, here’s hoping they don't update it….

"I also tried the Fuji X100F last year. Great camera but I didn’t have enough time to get used to it. I’m more used to the Sony handling/menus. I also discovered how much I don't like the rendering of the X-Trans files in ACR, which I recall is a topic that has been much discussed here."

Luke: "I used an RX1 for quite a while, until I dropped and bashed it on a crowded bus in Dubrovnik. I got a very large percentage of technically good photos, and, because I trusted it, a large percentage of enjoyable photos. The results from raw in Lightroom were amazing. I have to say it was my favorite camera ever. If my hands weren't so shaky, I'd buy another. But IBIS is a wonderful thing."