Three thousand cameras
I got more tips and pointers to this recent article on the BBC than almost anything else in recent memory, about a man named Neville "Jim" Matthew who loved to travel and who picked up cameras wherever he went—lots of regular readers thought I'd be interested in it and should feature it. When Jim died recently he left his collection of 3,000 cameras behind, in the former Salvation Army Hall he bought to house them. 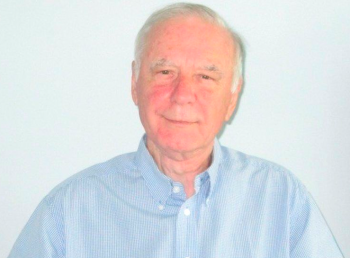 Those readers were right; I enjoyed that. Had to smile at this bit:

"'He really enjoyed talking to people about 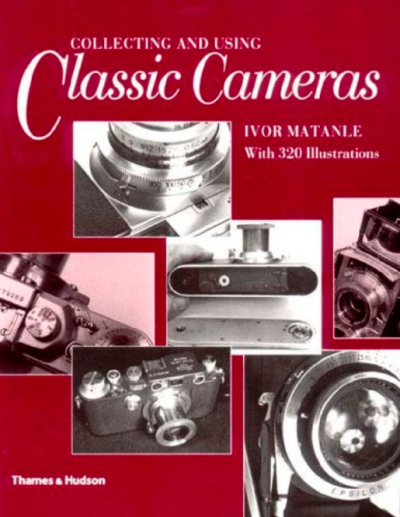 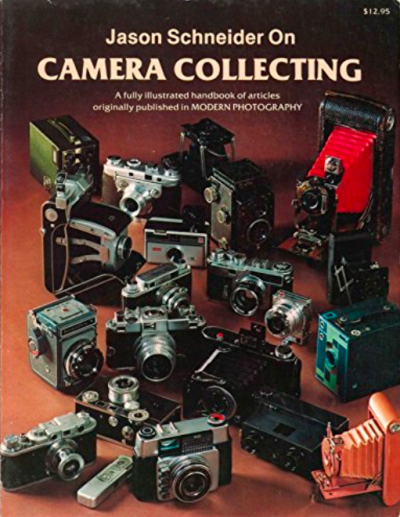 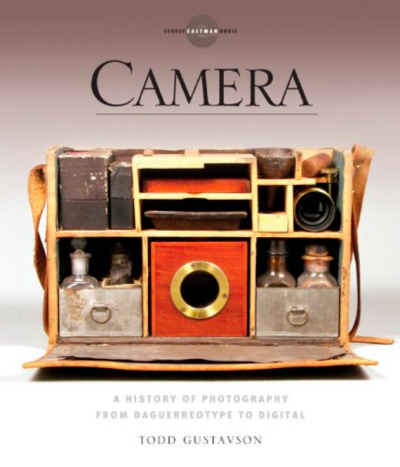 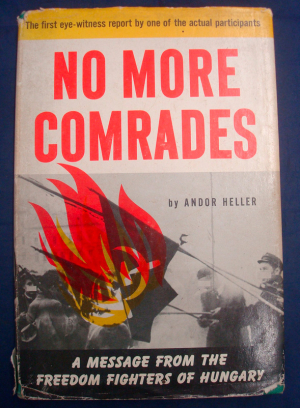 when they came into the hall,' says his widow Dorothy. 'I had to come down and rescue them sometimes because he did not know when to stop. He was a very good speaker. He didn't have a small talk but if it was something he was interested in he could talk for a long time.'"

Not quite coincidentally, do you know the difference between a collector and a hoarder? The collector is organized. If you have a lot of stuff and it's junked all over everywhere (why is my collar suddenly hot?), you're a hoarder; if it's all neat and organized, you're a collector. There's more to it than that, but that's the baseline of the distinction.

Three books
Apropos of Jim Matthew and his 3,000 cameras, here are three books about camera collecting that are highly enjoyable even if (or perhaps particularly if)  you have no aspirations to be a collector yourself:

Collecting and Using Classic Cameras by Ivor Matanle. This might as well be considered one of those delightful travel books with the writer as genial tourguide; Ivor's friendly character comes out on every page, and his delight in old cameras and the people and places he photographs with them is very evident. The cameras are interesting too. I consider this kin to one of my favorite books from childhood, Ralph Stein's The Great Cars, which is half grand tour and half memoir and similarly charming.

Jason Schneider on Camera Collecting: A Fully Illustrated Handbook of Articles Originally Published in Modern Photography. Jason Schneider is the Dean of American camera collecting, and he's a fine writer too, which makes his passion come alive. He understands these old devices like few others, and has the knowledge to put them in a holistic perspective. If you like this book, you might have to "collect" volumes two and three as well.

Our friend Todd Gustavson's Camera: A History of Photography from Daguerreotype to Digital. Todd, as longtime readers of TOP already know from our 2016 article "A Visit to the Treasure Vaults," is curator of the George Eastman Museum's vast camera collection. Not only is this book far more comprehensive and thorough than most books about cameras, but Todd's "portraits" of the cameras are excellent (in 2016 and perhaps still, he was using a Nikon Dƒ and a manual-focus Micro-Nikkor 55mm to document the collection).

Leicas line the walls
I had an early encounter with camera collecting. When I was young, there was an elderly gentleman who had a camera store on a major thoroughfare in Washington, D.C. I coveted a Leica at the time, and he sold them, so I went to investigate. I found a shop that was stuffed to the gills with endless rows of old Leicas of every sort; perfect. When I presented myself, he sized me up and said slowly, "You would like to purchase a Leica camera." As much a statement as a question, it somehow managed to convey skepticism without being at all impolite. I took him to a bank of cameras near the front of the store and pointed to the M3 I wanted, which sat among rows of other M3's. "How much is that one?"

He looked at me about as if I had offered to cut off his pinkie finger with a dull knife.

"That is not for sale," he said curtly. "These Leicas you see around you are for display only."

Since then I've encountered several other proprietors who preside over what are purported to be "shops" but are actually collections. You can't talk them out of much. There might be a few things for sale—the then-current Leica catalog, in that gentleman's case I regret that his name, which I retained for years, has sifted out of the memory bank. But they are really collectors, and would no more sell a piece of their collection than they would sell you a tooth!

[UPDATE: It was Heller's Camera in Bethesda, Maryland. Andrew Heller, who was Hungarian, died in 2004, and you really should read his obituary—pretty sensational. I had no idea. He was a photographer of important world events too.]

Have you ever seen the A+E show "American Pickers"? They occasionally come across a junkyard owner who won't actually sell them anything. I've also known at least two people—one a book guy, one a camera guy—who owned shops because it facilitated their collecting—they would cherry-pick the best of the items that flowed through their shops for their own collections. (I never got to see either collection, more's the pity, although there's still time.)

I did eventually own an M3 for a while, though. Jason Schneider can tell you all about the M3, and do a much better job than I can.

Mike
(Thanks to a number of tipsters)

Paul Judice: "I worked for a Leica collector/dealer in the early eighties. He sold new Leicas to doctors (we were near the Houston Medical Center) and displayed rarities for admirers to view. The downside to this was that the 'museum patrons' ate up so much time with questions about items we weren't even selling."

John Shriver: "Heller's Camera in Bethesda, Maryland had a wonderful collection of Japanese Leica clones in the 1970s. They were in the Air Rights Building on Wisconsin Avenue. Never bought a Leica there, but bought film, and dropped off film for processing by Colorfax. Run by a fine European gentleman."

Mike replies: That was it! Thanks. Found out more about Andrew Heller now that you mentioned the name, and added it to the post.

Funny, as I was writing this post, my brain suggested "Andrew Heller" but I thought, no, that can't be it, because I had a high school classmate named Andy Heller. I assumed I was remembering the wrong name.

Jim Simmons: "Michael's Camera in Melbourne, Australia has the best camera collection I've ever seen. Every age, every format, almost every variation of Leica made."

Albert Smith: "I own the Ivor Matanle book. I was really into classic cameras and after thumbing through this book in a bookstore (remember those?), I bought it within two minutes. I own several of the cameras within, but what really got me was his narrative descriptions of the quality of the older optics. This was often simply accepting the flaws of pre-computer designed lenses and embracing '…pleasing roundness and slight softness of the image' or 'the curious characteristic of defined yet slightly unsharp detail.' I enjoyed this book decades ago and your post here made me pull it off of the shelf again."

Tom Burke: "Ivor Matanle! I used to have that very book. I think I donated it somewhere when I realised that I was never going to actually collect, let alone use, any of the cameras he mentioned in it. He also used to write an occasional guest column in Amateur Photographer, especially during Garry Coward-Williams' editorship. I kept a couple of issues celebrating 'Leica: 50 years of Leica M' (2004) and '80 Years of Leica' (2005), and Ivor had a lengthy article in each. (And from ferreting around about AP I have just learned that Roger Hicks died last year. Today is not a good day….)"

David Brown: "I was told (years ago) that I had crossed over from photographer to 'collector' when I bought a six-foot-high cabinet to keeps the cameras in. Alas, it's no longer large enough."

Jeff (partial comment): "Mr. Heller sold me my first Leica in the '80s. He also convinced me to buy Summicrons, particularly a 35mm to start. I asked him about a Summilux, and he interrupted with his thick Hungarian accent, forcefully saying 'Summicron.' I started to say that I read about this or that, and he again cut me off, 'Summicron.' This continued for another 10 minutes or so. I bought an M6 and a 35mm Summicron.

"I visited many times over the years, and when he and his wife were too old to keep up the shop, I was one of the people he approached to determine if I had any interest in buying. That likely would have been a disaster for anyone, given what was to quickly change in the industry.

"I still often think of him as I handle my M10, M Monochrom, and SL2 (with some old and new Summicrons!). I wonder what he’d make of all this digital Leica stuff. Probably not much; he was an old school guy, happy to share his well earned wisdom. And he loved Rollei, too."

Bob Curtis: "His book is available at Amazon, under his more Hungarian name, Andor Heller."