Words and pictures by Joe Kashi 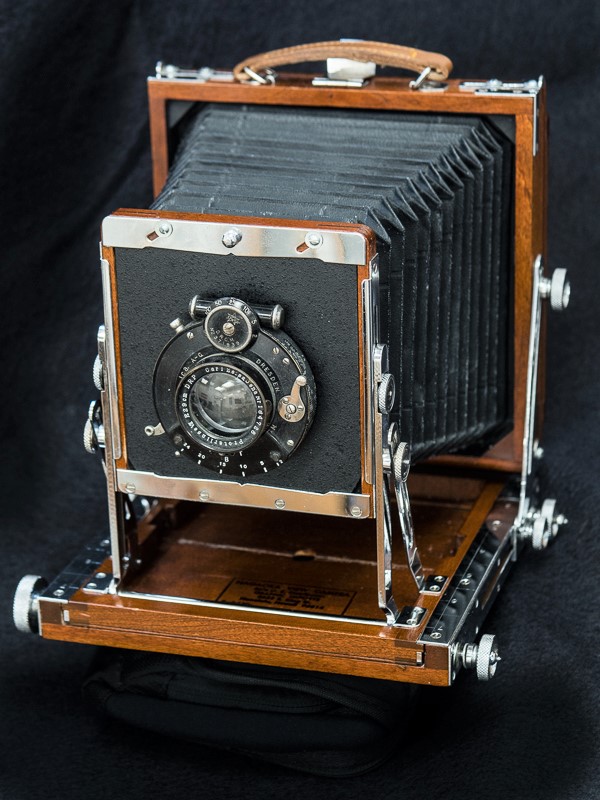 Joe Kashi: Here's the back story about my Nagaoka 4×5. It was my first large format camera, a 1976 wedding present. I still own and use it. 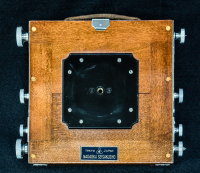 While at MIT in the early 1970s, I had some photography coursework with Minor White and first became acquainted with large format photography in the process. But, I could only afford a screw-mount Pentax Spotmatic and a few lenses, which I also retain. 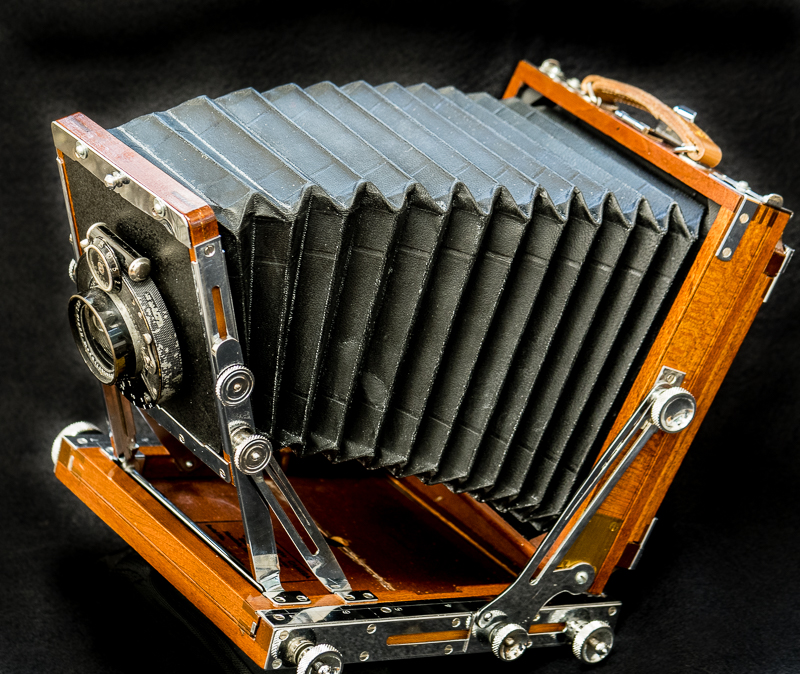 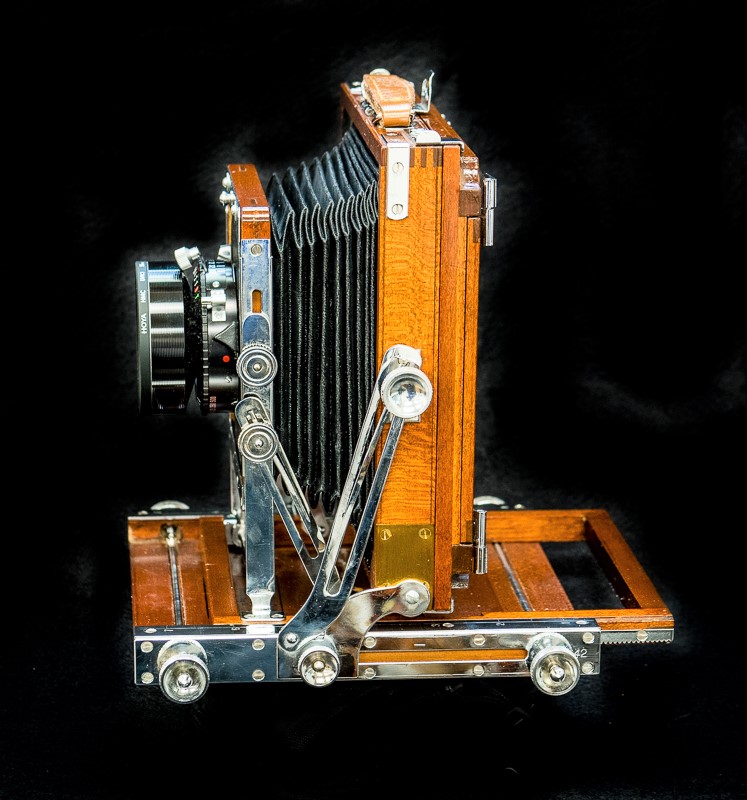 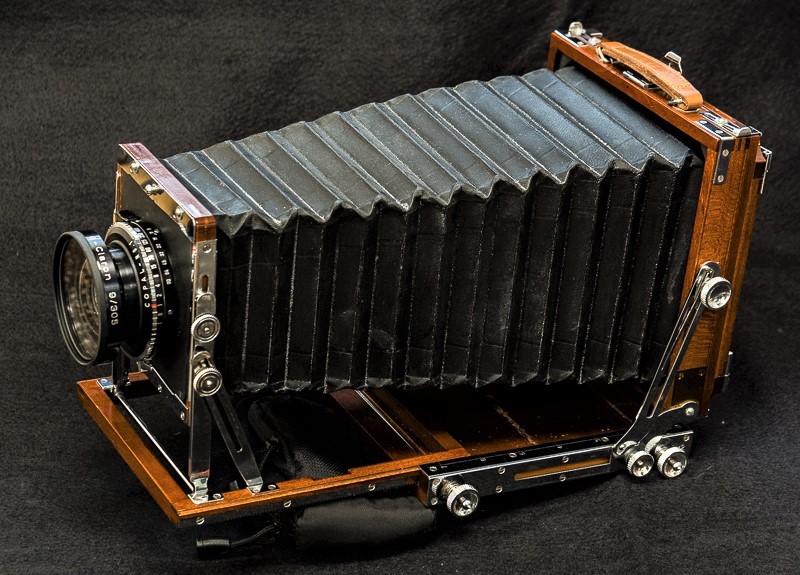 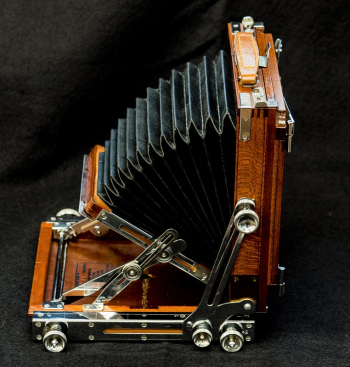 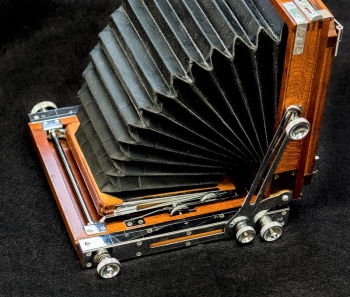 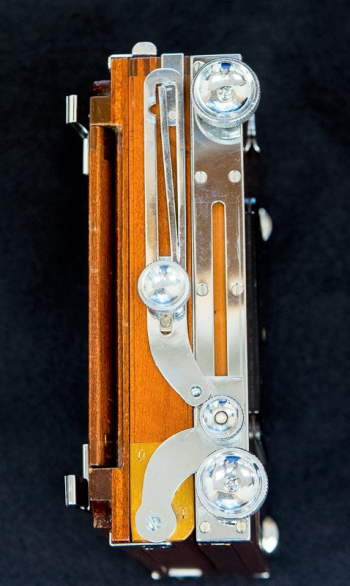 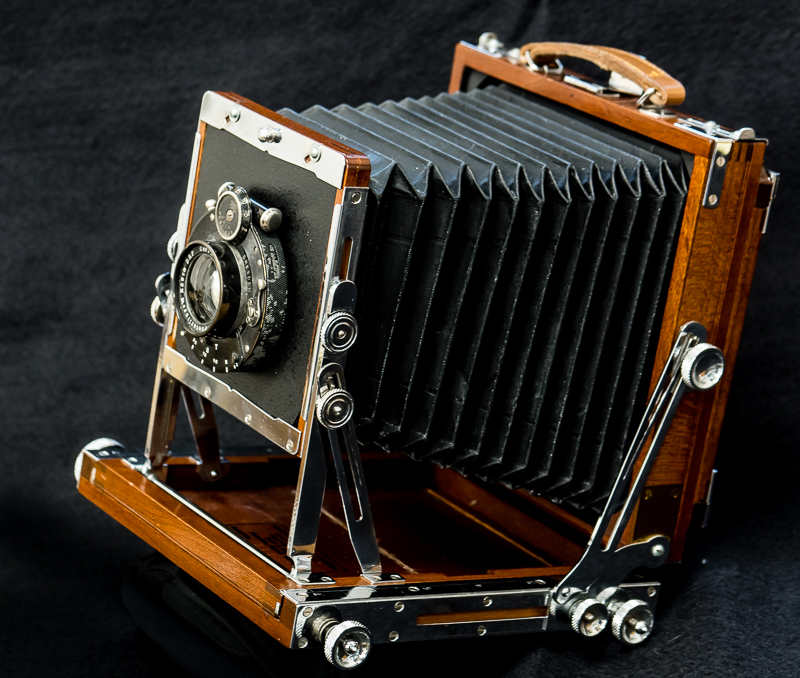 a woman who was an accomplished artist, a painter in oils. (By the bye, she studied at the Corcoran through high school.) We often backpacked in West Virginia's Spruce Knob/Dolly Sods wilderness, and getting a super-light and compact large format camera seemed a natural.

Just before we married in 1976, we saw an ad for a new Nagaoka, then being imported by Graphic Imports of Honolulu. We surmised that any craftsman still building wooden cameras in 1976 was elderly and likely not long for this world—that was 44 years ago! So, we promptly ordered one as my wedding present from her. My camera is engraved as serial number 517. I recall that it cost about $600 new, a non-trivial sum for a law student in 1976. [Inflation Calculator: $2,741 today —Ed.]

The only lens that I could afford back then was an older 120mm Goerz Dagor, which turned out to be a sharp, handy lens that worked well with 4×5 color film, even though it was not coated.

Some of my nicest early images were made with that 120mm Dagor, so of course I sold the lens, the only time I've ever sold any photography gear. I regret doing so to this day and could never find another Dagor in that focal length. Currently, the camera sports a 145mm Zeiss Double Protar VIIa triple convertible lens.

Fast forward to 2020, when I have been living in semi-rural Alaska for decades. Now, my preferred non-digital format is 5×7 B&W. When I saw the article about Mr. Nagaoka not only alive but still at work, I hazarded an inquiry about whether he might be willing to construct a 5×7 field camera comparable to my 4×5. Apparently, he's ill at the moment but I'm willing to wait.

If Mr. Nagaoka is able and willing to make a 5×7 comparable to his compact 4×5, I promise to put it to good use. I've looked for a 5×7 Nagaoka on eBay for years without success although some were reputedly made in years past.

Although I have other 5×7 cameras now, I have zero doubt that a new Nagaoka 5×7 would be the epitome of a super-light-weight but practical 5×7 field camera. (Outdoor photographers can be a bit weird about an extra pound or two. It's probably no surprise that my digital preference is Micro 4/3.)

I've weighed the Nagaoka against other ultra-light-weight 4×5 cameras like my Toho FC-45X and Calumet-Gowland. The Nagaoka is noticeably lighter than even these, and easier to use.

By the way, it folds intuitively and easily. I've never had a problem with the bellows.

Out of curiosity Friday evening, I looked for other Nagaoka cameras on eBay and found several. One 4×5 claimed a serial number identical to mine, 517. After a double-take, I double-checked. Mine's definitely #517.

That eBay camera is advertised as "mint" but looks as though it's been used to pound large nails. It seems such a shame to do that to a camera that was jewel-like when left Mr. Nagaoka's small shop!

UPDATE Monday Sept. 21 from Joe Kashi: "Hi, all: A few replies consolidated as one comment:

Original contents copyright 2020 by Joe Kashi. All Rights Reserved. Links in this post may be to our affiliates; sales through affiliate links may benefit this site.

Fred Haynes: "This is a pretty camera! Jewel-like is right. The metal fittings are shiny and new looking. Are these fittings and controls off the shelf? Or does Mr. Nagaoka custom manufacture those as well? As beautiful as it is, it’s not something I’d be interested in unless I was younger, lived in a more picturesque part of the country, and had a good working darkroom, and a few bucks in my pocket. The last is the most important! Oh, I like the pictures you took that support the writing. Very nice!"

William Schneider: "In 1984, Petersen's Photographic magazine published a 'buyer's guide' comparing features and cost of various studio 4×5 cameras and folding field cameras. In a fit of nostalgia from reading recent posts, I scanned the summary chart and placed it online. This list, while chock full of view camera choices, omits some field cameras like Tachihara and Ikeda. It was indeed the golden age for view camera photography."

Philip Ramsden: "My introduction to 4×5 was while working for Leica in the 1980s. We had the Linhof agency. So my wife found a Linhof 'press type' camera, no movements and a 127mm lens. It served me well until I started teaching Scientific Photography at one of our colleges. We taught students to use movements on our 4×5 studio cameras. My next move was to an Ebony because Linhofs are heavy. Ha ha! Ebony is one of the heaviest timbers around and my camera is probably as heavy as the Linhof. But the results are superb. I only shoot B&W and process at home. If the shots are good enough I have a 4×5 enlarger so can make an 8×10. Bliss. I still shoot 35mm B&W and digital with Fuji cameras but that is for colour. Thanks for all the photos of the Nagaoka."

Luke: "I took my 4×5 Crown Graphic to the baseball stadium back when the Braves were big losers and the place was only one-third full. I set it up across the field from the spectators to shoot back at the action. A security guy soon showed up, saying 'No video!' After he got a closer look, he said: 'Oh! That's the kind of camera they used to take your picture sitting on a pony when you were a kid!' My antique 'pony' camera captured a view of about half the stadium. With a loupe on the original chrome, I can easily see my wife and her dad in the crowd, and see his wristwatch."