"Open Mike" is the Editorial page of TOP, in which Yr. Hmbl. Ed. wanders hither and thither as if in a dream. It normally appears on Wednesdays but sometimes not.

Speaking of camera dreams…whoa. Last night I dreamt I was taking all sorts of lovely pictures using my iPhone, then set my phone down (at a bar, which is bad—dreams including alcohol are thought to be a signal of stress for those of us in recovery!), neglected to pick it up, and returned for it to find it vanished. Television-inspired sequences involving police and suspected thieves 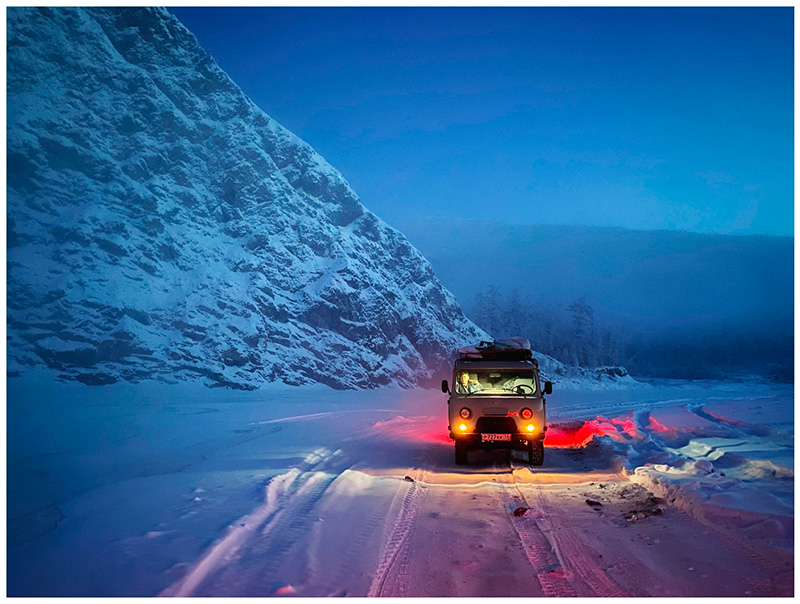 . I was so distressed by the loss of all my pictures that eventually I managed to realize, within the dream, that it was only a dream and that my phone had never left the house and was downstairs, safe. An uncomfortably vivid dream, though, with lots of fantastical twists and turns—eventful, emotional, strikingly visual.

Also within the dream, though, I believed I would be forced to get a new iPhone, and wondered (do you dream of yourself thinking?) if I could afford "the good one," and was musing that it would be nice, at least, to have Apple's latest camera. When I woke up it struck my brain, for some reason, how interesting it would be to take the same picture on all the different digital formats and make prints from them. Do normal people think about such things first thing in the morning?!

Back to reality
Such a test would flawed, though, because the test picture would only be one subject taken under one set of conditions. Part of the advantage of larger formats and more sophisticated cameras is that they (presumably) cope better with being stressed in various ways. It's no longer straightforward to determine which is "best," though, because of what can be done to files either manually in Photoshop or automatically in software—we're no longer looking at just the capabilities of the sensor in a single split-second exposure. Things like the "Night Mode" on newer smartphones is radically better than the inherent capability of the small sensor alone, for instance. And of course software bokeh has been available in "Portrait Mode" for several generations of smartphones now. So when you make the prints, do you take the files "out of camera" or do you optimize each one as best you can? I think the latter, because that's what we do in real life. So then is that a test of the camera, or of your Photoshop skills?

One of six winners in Apple's "Night Mode Photo Challenge," this was taken by Konstantin Chalabov of Moscow, Russia, using an iPhone 11 Pro

Any "test" would be only a snapshot, so to speak, of specific implementations in specific circumstances using particular equipment and processing. Comparisons would have to be multivalent, considered over a range of various trials. And then, of course, the usual problem: after all that work, all you'd have would be a snapshot in time of this particular moment, of today's existing equipment. A few years go by, and some new introductions come along, and the work of comparing would need to be started all over again. I did a lot of work comparing some cameras a few years ago—pitting the Canon 5D Mark II vs. the Nikon D700/D3 vs. the Sony A900. That post got more views than any other post I ever wrote on TOP, something like 100,000. But who cares about those cameras now?

And I wonder what effect economic realities are having on our perception of technology. For instance, great emphasis is being placed on computational photography in smartphones, because that's where all the resources are concentrated. Meanwhile, Micro 4/3 is apparently withering even within enthusiast precincts. What would we think, however, if all the advantages of smartphone imaging—and all those resources—were being applied to Micro 4/3 or 1" sensor cameras? I'd rather have "Night Mode" and "Portrait" computational bokeh available in a 1"-sensor camera or an Olympus than in a phone, personally. I think it would be more interesting, and possibly more freeing. Almost surely it would be even more impressive. But that's not the direction the technology happens to be evolving, for business reasons primarily.

Monsterish
After the lost-pictures dream woke me up, at 3:30 in the morning, I impulsively did something I don't often do—took a "selfie," using the iPad I keep on the nightstand. In the dark! (Was I trying to reassure myself that I was not really in that dreamworld, which seemed uncomfortably real?) Groggy with sleepiness, I turned the camera around, turned the flash on, and let the device do its thing. The picture was well-exposed and competent, and preserved a sense of the surrounding darkness. What would once have seemed like magic is now commonplace.

I hope I'm not especially vain, but I'm not going to show you the picture, because it struck me that it's the exact opposite of what portrait photographers try to do—it's the most un-flattering picture of me ever! (That could be a challenge to give a student—take a very flattering picture and a very unflattering picture of the same subject. But maybe the families and friends of shutterbugs are long-suffering enough as it is.) I looked worn, exhausted, almost monstrous. Taking a self-portrait casually in pitch dark is something that I couldn't have done even twenty years ago, much less 40 years ago when I first got into photography. (This is right around the 40th anniversary of when I got into photography in a serious way, incidentally—August 1980.)

But I digress. As I was saying, meaningful comparisons of today's options are sort of, well, a phantasm. Still and all, I'd love to pit something like a Sony RX1R II against an iPhone 11 Pro and let the chips fly. David against Goliath? It wouldn't prove much; but it would be interesting. It's the kind of thing I can consider fun. And after all, I like "snapshots."

psu: "Re 'I was so distressed by the loss of all my pictures that eventually I managed to realize, within the dream, that it was only a dream and that my phone had never left the house and was downstairs, safe.' If your dream self set up the iCloud backup for the phone then your dream self would not have lost any pictures. He would just have to download them again when he set up the replacement phone.  🙂  "

Bahi: "You're going to get lots of links to this concept called Alice, based on Micro 4/3. Like you, I wish that camera companies would develop the processors and imaging engines of their cameras to compete with today's run-of-the-mill smartphones, but would be very surprised if it happened.

"People complain about software from Apple, Microsoft and some of the Android phone makers, but the stuff that camera manufacturers have churned out or supplied with their cameras has been monumentally bad. Excellent on-camera software and some really well designed and integrated hardware is needed to make a dedicated camera that offers something better than the Night Mode shots that come out of a Google Pixel or an Apple iPhone.

"It should have been the other way around: the digital camera is huge compared with a smartphone, sensors are relatively large, cameras were big enough to support powerful CPUs and long-lasting batteries, and many of the camera companies were part of conglomerates with wide-ranging software and hardware expertise.

"I wish it had happened. With the camera market shrinking, it's less likely now but never say never."

psu: "After reading the rest of the piece, I have one further thought.

"It should certainly be possible in principle for 'real' cameras to have some of these fancy computational features that have been shipping in the phones for the last few years. But as you say there are various structural (not just economic) reasons why it never happens.

"IMHO the main one is that camera companies are hardware companies that:

"Part of what makes the Night Mode/Portrait/HDR and even 'straight' capture on the phones so much more useful than attempts at similar features on 'real' cameras is that they are transparently integrated into all the ways you are using the device anyway. You just hit the button and they happen.

"For example, in the iPhone 11 the multi-frame/HDR capture mechanism is no longer an extra knob in the camera app. You hit the button, the camera takes multiple frames and then does the contrast processing if it needs to, but even if it does not do that, it's using the multiple frames for noise reduction and/or sharpening, if the subject stood still and that is possible.

"What's important is that you don't have to think about it. The out of camera frames just look better.

"Of course there are ways (usually in third part apps) to bypass this and control it yourself if you want to…but it turns out to be hard to do better than what the camera is doing.

"Long time photo enthusiasts, of course, are conditioned to be suspicious of this sort of thing. We shoot 'raw' (they aren't really raw) files so we'll have more headroom for custom dynamic range, or white balance, or whatever, and so some canned set of decisions are not baked forever into a JPEG that we are then stuck with.

"The phones challenge the assumption that this is the way to work. But I digress.

"I think Night Mode in my Olympus E-M1 would indeed be a great thing…until I remember that to use it I'll need to navigate through 16 levels of on-camera menus…and then to see the result I'll probably have to put the storage card in my computer and run a special Olympus-only tool with a UI that would have been primitive in 1995 to do the post-processing.

"Meanwhile on my phone I hit two buttons, the phone does a thing, and I have the picture in 10 seconds.

"That's the real power of it. It's just there.

"Another example: compare taking panoramas with a 'real' camera to just just sweeping your phone over the scene and having the stitching happen automatically."