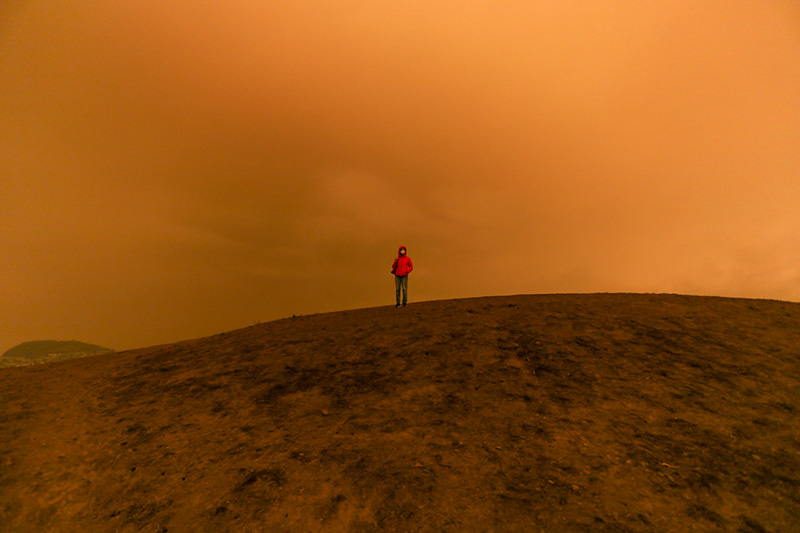 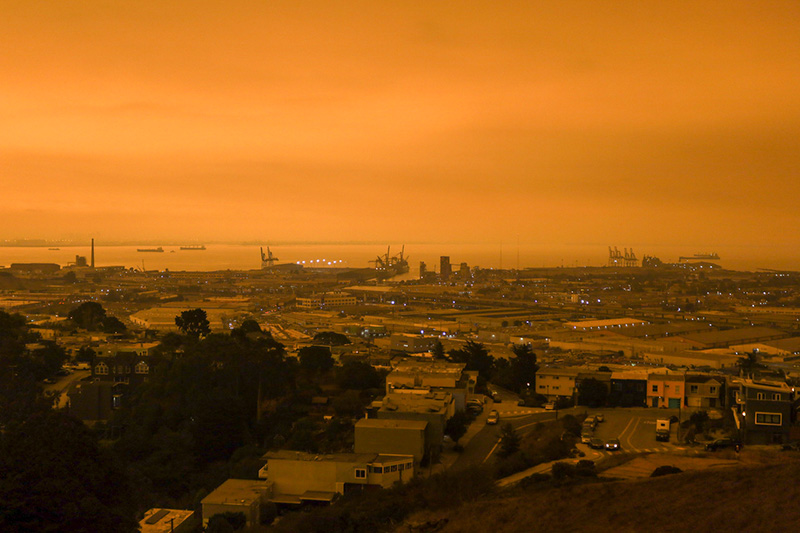 It's very hard to believe that it's been eleven years since we first featured Paul De Zan's aerial photographs of San Francisco. [Here's a link to those 2009 aerial photos. —Ed.] This is a sampling of his photographs of the strange phenomenon known as the "dark orange sky," caused by a combination of wildfire smoke higher in the atmosphere and fog. "The orange hue is caused by the same process that causes the vivid colors at sunsets," says the National Weather Service. "Shorter wavelengths of light (blue) are 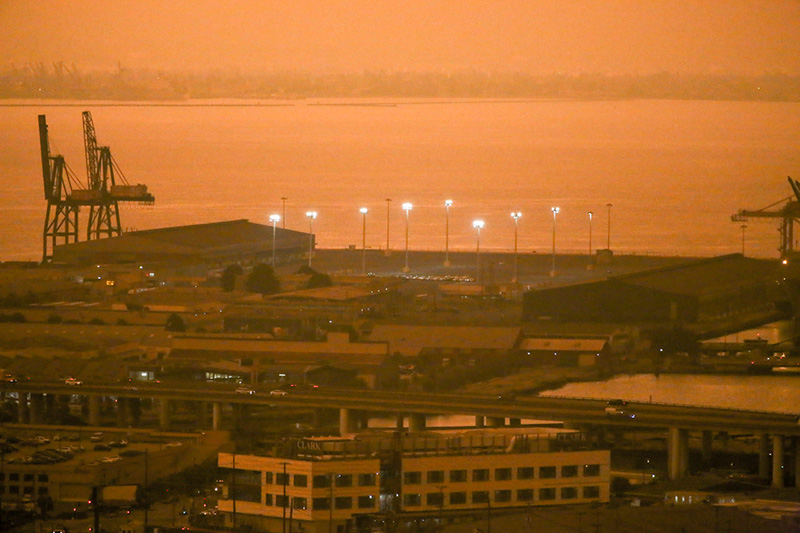 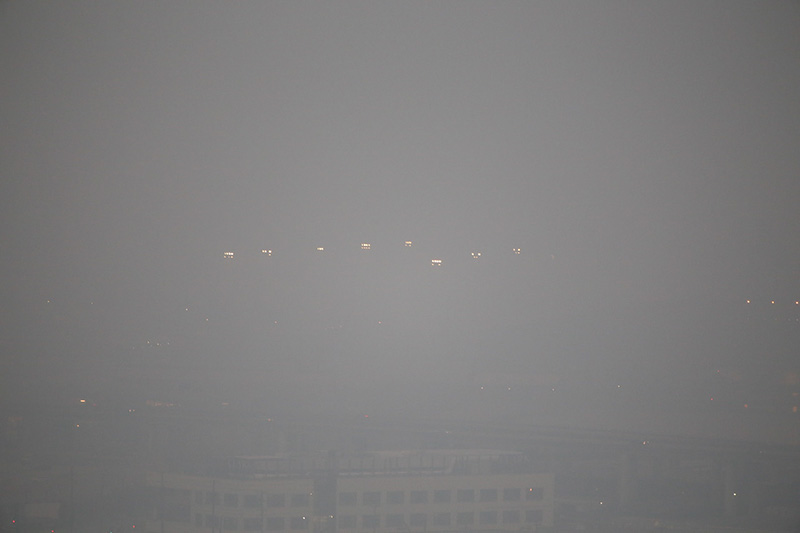 quickly, leaving only the yellow-orange-red end of the spectrum."

Same view a day later from somewhere near the same spot

Many thanks to Paul for these.

For more of the dark orange sky from above, my friend Scott Paterson of Saabnet posted a drone video on YouTube.

Mike
(Thanks to Paul and Scott)

JoeB: "It is hard for me to believe these photos were not helped along with a 'custom' white balance to enhance the orange. A bit of underexposure and it surely is an enhanced and questionably accurate representation of reality."

Stan B. replies to JoeB: "I don't blame you for being…skeptical; but as someone who saw it, was surrounded by it, and also has their own evidence of just how apocalyptically orange those skies were—I can assure you, no manipulation was necessary! I have RAW files where the the orange hue is considerably deeper than what is displayed here…."

Nicholas Dade: "The photos aren't enhanced. I am 50 miles south of there. The orange day was dark and orange. I took photos out my window and matched the exposure to what I saw outside. My photos at 4 p.m. that day look like they were taken at dusk."

Paul De Zan: "Here's the original camera file from my favorite of the five above. I did light it up a bit, as reality wasn't quite as dark. No other changes. It was a truly extraordinary day. I'd never seen anything like it before."

Kristine Hinrichs: "I read that the Halide camera app has experienced a huge increase in downloads because it could capture this orange as it appeared—other apps auto-corrected the WB."

Marc: "I’m from the Snowy Mountains in regional Australia and feel that colour down deep. I suspect millions of Australians can after last summer. I’ve a photo from January 4th, the sky filtered into this dark, burnt shade, nighttime two hours before sunset, on the long day and all-nighter we spent waiting to defend from a predicted possible ember attack which we were fortunate to not have arrive (goggles and N95 facemask adding to the hot discomfort, getting up out of the camp chair all night to check falling black leaves for warmth, punctuated by the absurdity of turning over struggling, upended Christmas Beetles confused by the fluorescent lights shining out of the garage doors). It’s such an ugly colour to me now, and I watch your fires burning, feel deep for you while knowing I’ve got to plan and prep for it to come again, savouring briefly the blue-green-yellow of a normal spring."