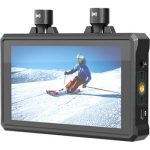 Hollyland has announced the Mars 4K UHD Wireless video transmission system. The system includes the Mars M1 transceiver monitor, which functions as an all-in-one wireless solution for live streaming video to the cloud, as well as the Mars 4K transmitter. “Device simplification and experience upgrade are the core topic of the year for Hollyland’s product design, and Mars 4K and Mars M1 are significant fruits just right, for their effective improving the user experience by requiring fewer devices, more simplified deployment, and higher flexibility,” said Mr. Chris, the Product Director of Hollyland. “Hollyland is increasingly focused on practicing the concept 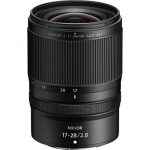 Camera Accessory company TILTA has a cool new storage solution for Sony Mirrorless cameras. It’s a camera half-cage that not only offers a grip and mounting options, but also an integrated 512GB M.2 SSD for additional storage. According to Tilta’s promotional materials, the ExAscend CFexpress Type A to M.2 SSD adapter half-cage supports Sony’s a1, a7S III, a7 IV, and FX3 full-frame E-mount cameras and also includes a CFExpress Type A adapter that enters into the memory card slot of the camera, providing a connection between the camera and the cage’s 512GB M.2 SSD. There also appear to be 128GB

DxO Announces Additions to its List of Camera and Lens Calibrations 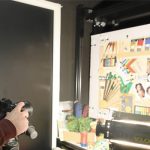 DxO has announced support for a host of new cameras and lenses with optical calibration corrections for its visual film apps. The company now offers access to more than 75,000 camera and lens combinations, and the calibrations that support optical range and performance. The list of calibrations enables users of DxO’s many camera software titles to synchronize them with their software-centric Optics Modules including FXO PhotoLab5, PureRAW 2, ViewPoint 3, FilmPack6, and Nik Collection 5. The latest updates of which now offer support for the DJI Mini 3 Pro drone, the FujiFilm X-H2S mirrorless camera, and the Nikon D810A and

The post DxO Announces Additions to its List of Camera and Lens Calibrations first appeared on 4K Shooters. 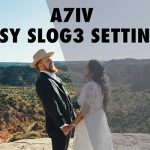 Understanding log gammas and how they work is one thing. Making sure you are exposing and using them properly when working quickly on location is another. This is definitely not as easy when working with mirrorless cameras like the Sony a7 IV and S-Log3 since they lack all the advanced monitoring capabilities of traditional cinema cameras. There are some options still available. If you want to learn how to quickly work with S-Log3, including exposure and white balance, you’ll want to check out this video from Matt WhoisMatt Johnson. He goes through the details specifically for the a7 IV, including

The post How to Easily Film in S-Log3 on the Sony a7 IV first appeared on 4K Shooters. A recent development in cameras has been the implementation of gyroscopic motion data within the metadata of the recording. What this did was allow for ultra-fast and accurate stabilization in post. In Blackmagic’s Camera Update 7.9.1 they actually added this functionality to a few of the Pocket cameras—apparently a hidden tech just waiting to be unlocked. Now you just need to load up some new footage into Resolve 18 and start using it. If you are curious about how this feature works, what you need, and what the results are you might be interested in this video from LensProToGo that A big part of what makes the ARRI ALEXA such a well-loved camera system is the color science. For decades they have been almost unmatched in this area. As digital has continued to develop and better and better cameras have become available to your everyday filmmaker that high-end ARRI color science has remained locked into extremely expensive equipment. Or, you could try to get that color science even when using the much more reasonably priced Pocket Cinema Cameras from Blackmagic. Filmmaker Christopher Michael Law thinks that working with Phantom LUTs might get you a look that closely mimics that distinct

The post How to Turn Your BMPCC into a Baby ARRI ALEXA (Kind Of) first appeared on 4K Shooters.

How to Do an Easy Sky Replacement in Premiere Pro 2022 Sometimes everything lines up for a shot and sometimes it’s all but one part. Landscape photographers know what I’m talking about. The timing, the weather, the light, all that can be perfect and then you look towards the sky and it’s just plain boring. With stills it’s relatively easy these days to take the gorgeous sky you captured the other day and replace the boring one using Photoshop. It can also be fairly easy in Premiere Pro. The folks at Premiere Basics are back with a tutorial on how to do sky replacements in your next videos the easy way.

The post How to Do an Easy Sky Replacement in Premiere Pro 2022 first appeared on 4K Shooters.

Sony to Update Firmware of FX9 for Greater Cloud Support Sony has announced that a firmware update is coming to the Sony FX9 in October. The update will bring several new features to support Sony’s Camera to Cloud C3 portal. Firmware version 4.0 will add enhanced Camera Connect Cloud (C3) functions including the ability to import LUTs directly to the camera from the cloud to the 6K Full Frame FX9, as well as automatically uploading hi-res video proxies through an automatic upload. Users will also be able to import directly to the camera any files necessary or export them to the cloud. The benefits here are that the camera operator This latest software update doesn’t seem to be a major one by any means, but it still addresses a few annoying bugs of DaVinci Resolve 18. It also improves USB-C connectivity with Fairlight Desktop Consoles, adds better rendering of clips without color nodes, as well as addressing issues with IMF rendering and deleting empty tracks on imported AAF timelines. You can find all details below. What’s new in DaVinci Resolve 18.0.3 Addressed a USB-C connection issue with Fairlight Desktop Consoles. Addressed an issue when rendering clips without color nodes. Addressed supplemental IMF render issue with Dolby Vision 2.9 metadata. Addressed